Anglo American’s Mantos Blancos Division in the EW area, has set in motion one of the largest cathode production plants. This Robotic Stripping Machine is a unique equipment in Chile.

Anglo American’s Mantos Blancos Division in the EW area, has set in motion one of the largest cathode production plants. This Robotic Stripping Machine is a unique equipment in Chile.

The EW building’s enlargement, assembly, optimization and equipment installation, together with the support in the implementation, were performed by the HIGHSERVICE professional and technical team. MIRS professionals took care of the design and engineering. Three robotic arms working in coordination to allow a processing capacity of 200 plates/hour. The system consists of high efficiency face to face washing new unit that selects by high or low weight, takes samples, corrugates and packages.

“Ensuring the security of our workers is AngloAmerican’s main commitment. Consequently, it fills us with pride to know that with this new technology we are getting closer to our Zero Harm goal”, said Giancarlo Bruno, North Operations Vice President.

The Minister words should be noted at mentioning “…The trilogy between the Customer, Supplier and the State’s support is vital to achieve progress in Innovation and Development challenges…”, in this case, AngloAmerican, MIRS and CORFO on behalf of the State.

“Today Anglo American represents a milestone in the country’s mining industry, because we are innovating with a machine that brings diverse benefits to the operation. For this reason, we expect that other mining companies are interested in replicating this technology and include it in their processes, since we are certain that it will be a great contribution to improve the industry workers’ safety conditions”, said Marcelo Maccioni, Mantos Blancos General Manager. 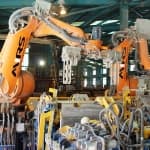 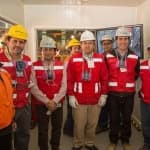 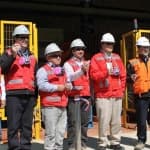 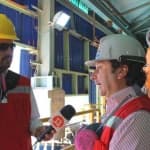 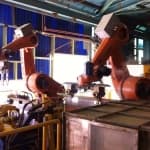 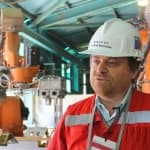